When making new habits, aim for your weaknesses.

At twelve years old, Theodore Roosevelt lay gasping in bed. His asthma was so bad that he was often left bedridden for days.

“Theodore, you have the mind, but you have not the body,” his father told him one day, “and without the help of the body, the mind cannot go as far as it should.”

This was a Dad who knew that his son was smart, but he didn’t urge him to work on his smarts from his bed. Instead, he built a gymnasium inside the house and told his son, “You must make your body. It is hard drudgery to make one’s body, but I know you will do it.”

The fragile young Theodore Roosevelt could have ignored his father’s advice, pitied his weak body, and focused on developing his greatest strength, his agile and clever intellect.

But he didn’t. He took his father’s advice, and spent five years building up strong muscles in his upper body, to support his weak lungs. He spent five years exercising in drudgery, and eliminated his greatest weakness. When he grew into a man in his early twenties, Roosevelt had conquered his asthma, and went on to conquer enemy armies and foreign nations as the President of the United States.

We are often advised to ‘play to our strengths,’ and sometimes that’s good advice. However, if all of our strengths are diminished by a great weakness, something that overshadows everything we do in our lives, addressing this weakness can enable all of our other virtues to rise. 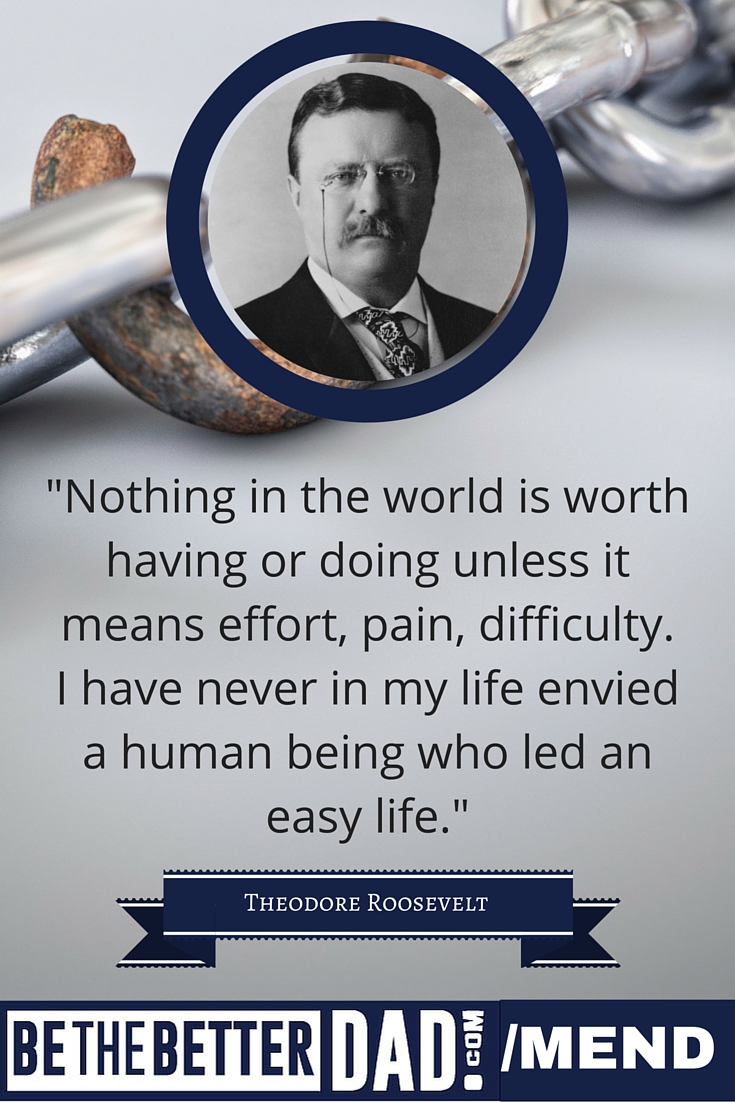 None of Roosevelt’s intellectual virtues – his bravery, his shrewdness, his integrity – would have been able to flourish if they were trapped in his weak asthmatic body. By addressing his greatest weakness, Theodore Roosevelt was able to become exponentially greater than he was before.

If you want serious self-improvement, playing to your strengths won’t get you there.

Don’t play to your strengths all the time.

Devote serious time and attention to buffering your greatest weakness.

Think about the distance between your greatest weakness and having normal ability. This distance is much greater than the improving your greatest strength by just a little bit.

Even if it’s drudgery, it will be worth it.

“Nobody who ever gave his best regretted it.” – George Halas