I can’t even count the number of things I was juggling at once.

Standing in the kitchen – well, standing might be a generous word – I made a lunge for the dinner boiling over on the stove. I was also trying to grab a clean lid out of the open dishwasher, and snatch an oven mitt off the wall. I was doing this all on one leg, to hold up a warning foot to keep my 4-year-old from getting too close to the hot stove.

“Dad,” he crowed in that whine I’ve come to recognize as the opening to a potential tantrum, “I want to watch a movie.”

The rules that govern when my kids are allowed to watch movies are complex and shifting, and at that moment, they were not in favor of my son’s desire. It was not movie time, and he knew it, but he was bored, hungry, and a little tired.

Shutting him down with a straight answer of “No, it’s not movie time,” would send him over the edge. Then I would have a crying toddler on my hands in addition to everything else I was acrobatically managing in the kitchen. 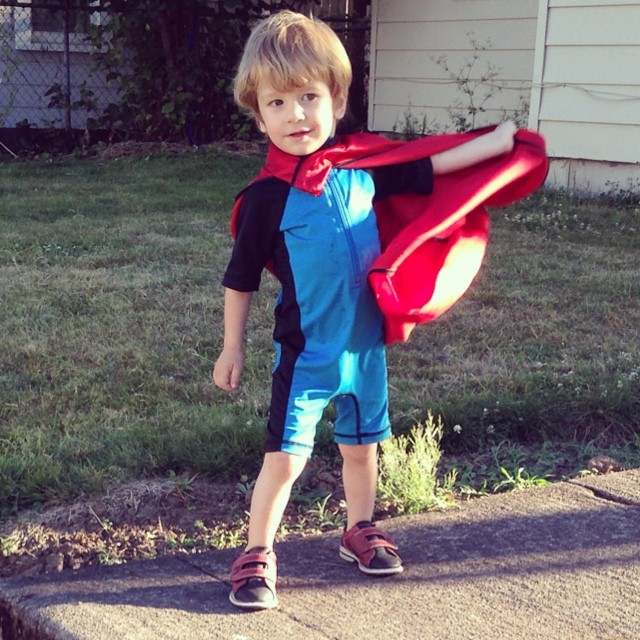 So I just said yes.

Did I give up my power?

Did I give up control?

Did I roll over and let my child have something just to avert a tantrum?

This bought me a few seconds. In one sprawling move I got the bubbling disaster into quarantine, shut the dishwasher with my foot, and started mopping up the mess. “Is there a movie you really want to watch?” I asked my son.

He spent the next five minutes telling me all about the members of the Super Hero Squad. No tantrum, no blowup, no movies, all because I used this simple hack for happiness:

When your child asks you a question, the easiest answer is No.

Saying ‘no’ is usually the wrong answer to give a child – even if it’s what you mean.

If your child wants something that you don’t want to deal with, then you may know that this decision is a ‘no.’ It may have too many difficulties to overcome, and you can see them all, and you might be right, they can’t do or have this thing they want. But you don’t need to let them know that right away – draw it out.

“Yes, we should think about that – how could we keep the floor from getting messy?” is a lot different for your child to hear than, “No, I don’t want you to make a mess on the floor.”

The latter answer negates their desire, and gives their emotional energy nowhere to go. The former answer involves your child in addressing your concerns.

When you are asked a question, answering with a “No” doesn’t leave your child with any options.

They come to you, their representative of authority and justice in the world, carrying this overwhelming desire. They can’t think of anything else. They bring this desire to you and hurl it at your feet, with their mind fixated on its attainment.

Oftentimes, I want to answer ‘no’ just because I’m busy with something else. I could be hanging upside down from the rooftop, digging into the circuit breaker box with a screwdriver and covered in green goo, and one of my kids could wander up with a book in their hands to ask me, “What does this word say?”

Children have little consideration of what else you might be dealing with at the moment they want an answer from you. To them, whatever else you are doing is not important; they have this big, all-consuming desire that they can’t pull their focus away from at all.

To your child: whatever you are doing doesn’t matter.

Long ago, I learned it was perfectly fine for my children to act so inconsiderate, because they are children. Getting testy with them for not allowing me extra space to handle my own difficulties, that just makes it worse for everybody; so, I sidestep these situations by just saying yes.

Just say yes. Even if the answer is no, rephrase it and just say yes.

When I am distracted or multitasking (which is, come on, really often for dads) I have limited brainpower for answers. If I am busy, asking me a question won’t get my full consideration. My natural impulse is to give any answer that seems mostly correct, so I can get back to what I was doing.

With children, that’s doesn’t work. Kids don’t care why something can’t be done; they want to do/get/have something, and anything else is a distraction.

Saying ‘Yes’ gives you the chance to redirect.

“Yes, let’s talk about that,” is what I often say to my kids when I can’t pay much attention to their question, or when I know it’s a flat-out-no.

They ask, “Can I have this toy?” And when I say ‘no’ to them, I am answering the other questions that I am asking (is this a good purchase? will this last or break right away?) but these questions haven’t been posed to the kid.

Answer the question they want, with the answer they want, and lead them where you want the conversation to go.

Creative Ways To Be Positive When you Want To Say No

You can say, “Yes, we should do that sometime,” and suddenly you aren’t talking about whether or not your child is allowed to do something – they’ve received implied permission, and moved on to negotiating when it can be done.

You can say, “Yes, let’s talk to Mommy about that,” and defer the time for the ultimate decision to be made. (Also known as ‘passing the buck,’ use this one sparingly or your kids will look to Mommy as the ultimate authority, instead of you.)

You can say, “Yes, let’s talk about how to do that,” and lay out the qualifications. If your kid wants to eat ravioli in front of a movie, there will need to be towels and blankets to catch any mess they make, and if that’s really why you want to say ‘no,’ bring it up. 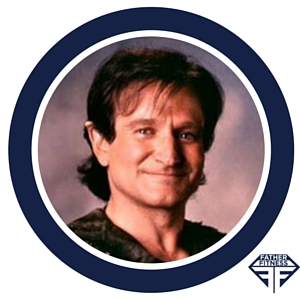 Try asking your kids a question every time they ask you a question. It keeps the game going!

The Conversation Beyond The Question

Think of the questions as a game, and if you are the one that stops the conversation, you lose.

As soon as your kids are old enough to argue with you about your decisions, they deserve more than a one-word answer to their requests. You have all the power and authority in your relationship with your child, and if you use that power to get your way all the time, they will find a different way to win power from you.

“The more positive power you give your children, the less they’ll try to get it in negative ways,” says Amy McCready, founder of Positive Parenting Solutions. “Find opportunities for your kids to assume some control of their own world.” This can prevent emotional arguments that stem from a child’s inability to feel heard by a dominating parent.

Think about it: if you shut your kids down with a curt ‘No’ all the time, how are they going to handle the delicate and sketchy situations that will come up later?

Will you be someone they can puzzle things out with? Or someone who just tells them what to do?

Avoid saying ‘no’ to your #kids by giving them a different #positive response.