Good movies are a treasure to find.

A movie that will keep a child entertained, without zoning them out into a mental oblivion, is like finding a wonderful new friend. You invite your favorite stories into your home regularly, because they always bring laughter and happiness, without being scary or confusing.

Finding a good movie that will keep a toddler engaged, and still not scare them, can be a real challenge if the child has older siblings. My kids are spread over 4, 7, and 9 as I launch this website, and the movies that my older kids are ready to watch are not appropriate for the youngest to see.

So we’ve had to find exciting yet gentle movies that can satisfy everybody, both young and really-young alike.

These are the five movies we keep returning to, because these are the ones that everybody loves. 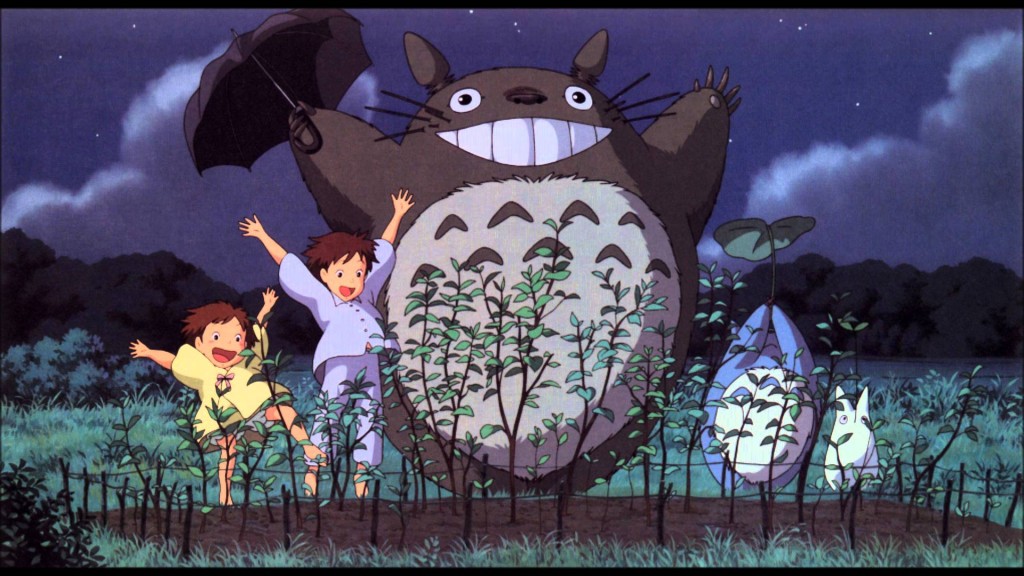 Tonari no Totoro is a Japanese movie from Studio Ghibli. The animation is beautiful and slow-moving, a welcome change from the wham-bang-pow flashy animation that is sometimes targeted at kids.

When I sit my kids down for a movie, I want them to calm down, and not get riled up, you know?

Totoro is a Shinto nature spirit, who lives in a camphor tree near two sisters, Satsuki and Mei. The sisters befriend Totoro as they adjust to rural life, a new school, and the ongoing illness of their mother.

As Common Sense Media says, “Overall, this is a family film in the truest sense — it appeals to moviegoers young and old alike.” 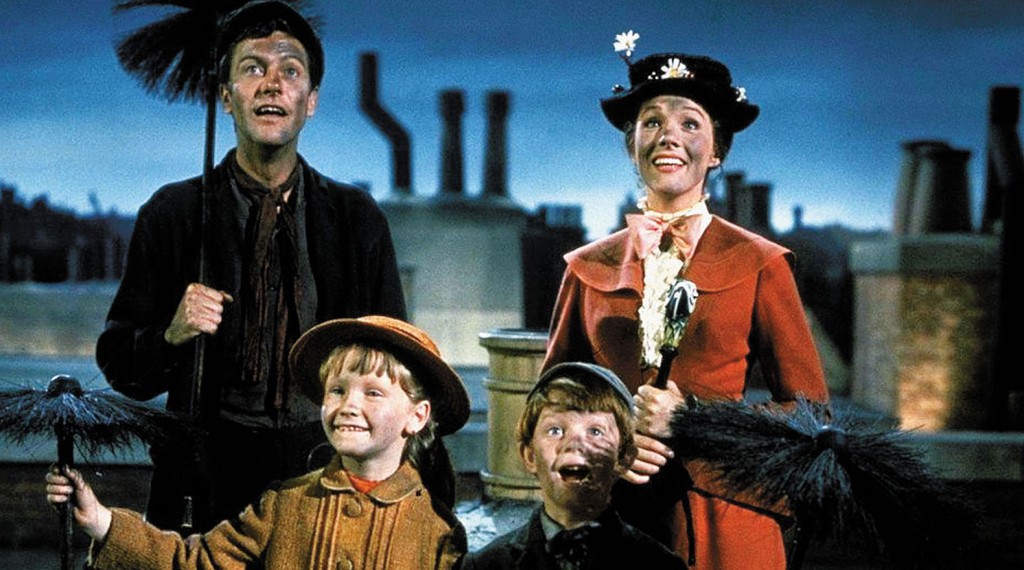 This was the first movie to allow actors and animated characters to share the same space. It deserves a place in film history because of this technological enhancement, but kids love the songs and the stern but lovable Mary Poppins.

Fun fact: Julie Andrews was nursing an infant during the filming of Mary Poppins. She nearly turned down the part, but they delayed filming to allow her time to have her baby first. 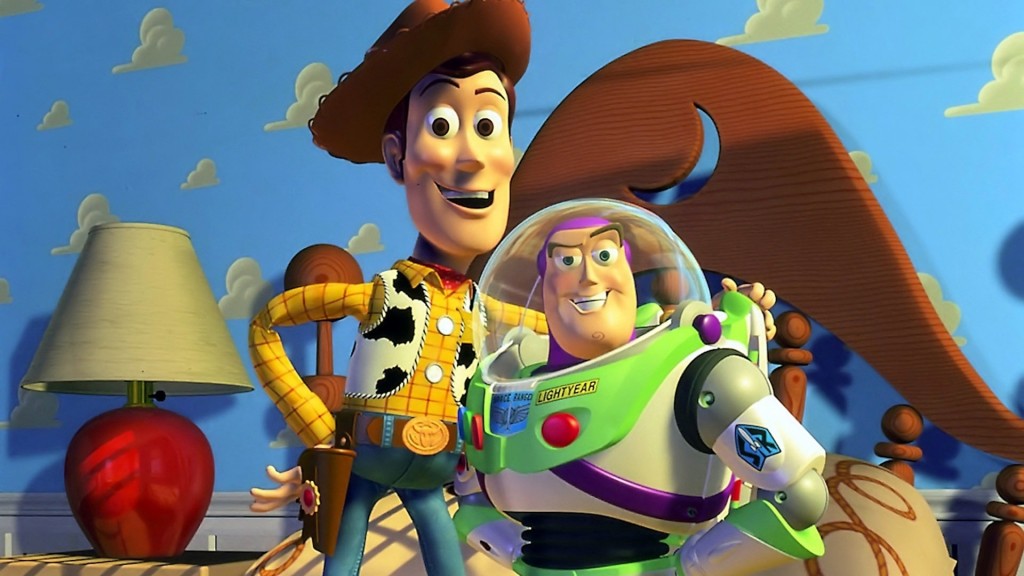 Billy Crystal calls turning down the role of Buzz Lightyear “the greatest mistake of [his] career.” At the time, a computer animated movie sounded unappealing, something”just for kids” without real substance

When my kids first saw Toy Story, I was worried about the consumerism and messages that my kids (as homeschoolers) are normally protected from. I was surprised to find a rich story of characters with real depth to them, characters that just happened to be toys. They had strange rules they lived by, like going limp when humans waled by, so no humans would see them moving or talking.

(Fun fact: if you see one of the costumed actors dressed up as Toy Story characters walking around in Disneyland, yell “Andy’s Coming!” and they will all fall down limp.)

Toy Story was fun for my bigger kids, and without many frightening moments, it was suitable for my youngest as well. 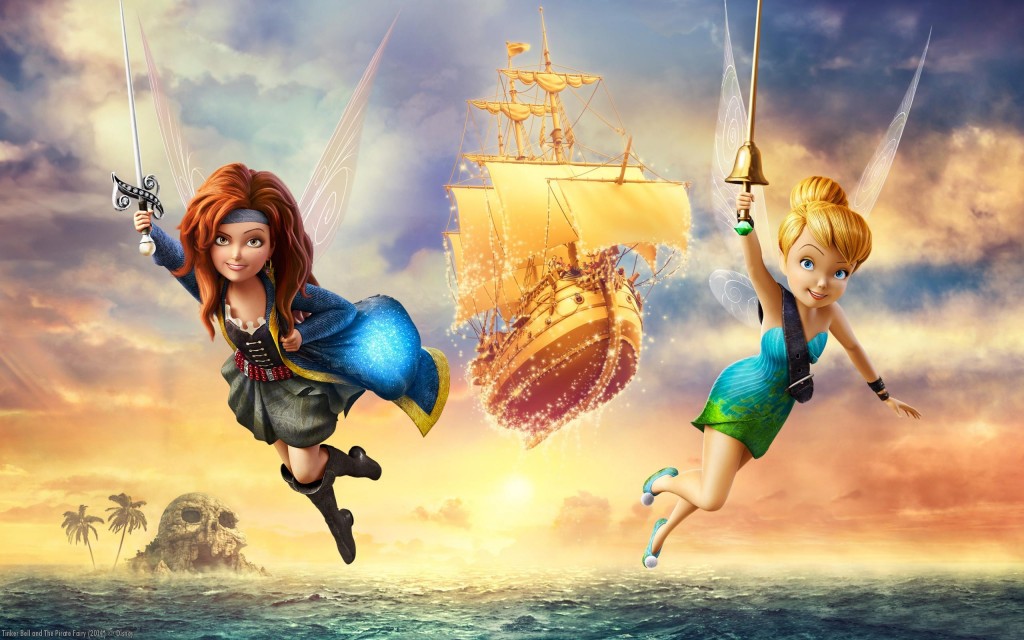 For an exciting movie with swordfights, this movie is surprisingly gentle and low-stress.

Out of all the Tinkerbell movies, this is by far the family favorite. Captain James Hook makes a surprise appearance, but most importantly, the main character Zarina goes through an introspective journey to find out what she’s really meant to be, and she is not at all like other fairies.

She could take a turn for the worse and become a villain, but her friends end up saving her and giving her a chance at redemption.

The art is fantastic, and the soothing music interludes keep the kids calm and curious. 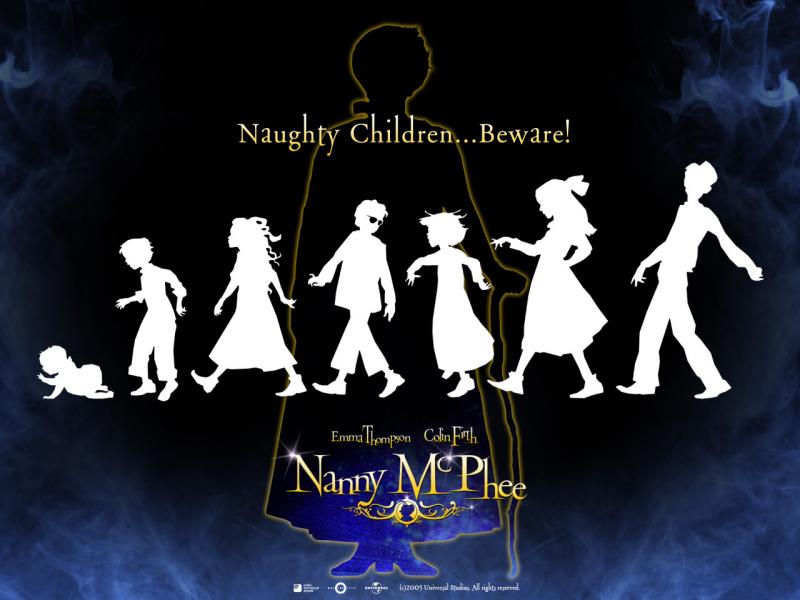 Yes, it is another movie about a magical British nanny – but this is not a reboot of Mary Poppins. it is an exquisite tale that stands on its own merits..

Be warned, I only think this is an appropriate movie for kids under 5 because my youngest son has older siblings, and a mischievous streak. An oldest or only child under 5 may find the introduction of Nanny McPhee startling (or even scary), unless you’re holding them while you watch and giggling about how fun it is.

The movie opens with some truly rotten children chasing out their 17th nanny, and their single father, at his wit’s end, is graced with the providential arrival of Nanny McPhee. She is masterfully played by Emma Thompson, with warts and funny teeth and all sorts of physical deformities that, one by one, disappear over the course of the story, until the well-behaved children and the pretty nanny display the harmony of a family saved.

The plot has some twists and turns that will mean things to adults but fly over the heads of kids – especially when the father agrees to take on a wife, and the children unleash their pranks on her instead of their family.

There are more movies in this series, so if you’ve ever yearned for more Mary Poppins, done well in a modern film, you’ve got your wish.

Did I miss one?

What’s your favorite movie for kids under five years old? Leave a comment below!